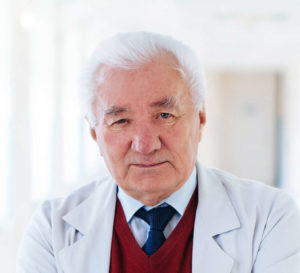 In 1954 he began his studies at the Faculty of Medicine of the Medical Academy in Warsaw, from where he graduated with honors in 1960. He completed two degrees of specialization – in obstetrics (1965) and gynaecological diseases (1969). He received the academic degree of Doctor of Medicine in 1965, defended his habilitation thesis in 1972. In 1979 he obtained the title of associate professor, full professor in 1990, and on 20 December 2004 was awarded the title of doctor honoris causa of the Medical University of Bialystok.